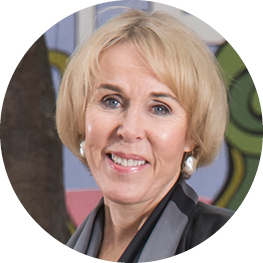 Helen Rees, MD, MA, MRCGP is Executive Director, Wits Reproductive Health and HIV Institute, University of the Witwatersrand, Johannesburg, where she is also a personal professor of Obstetrics and Gynaecology. She is an Honorary Professor at the London School of Hygiene and Tropical Medicine and an Honorary Fellow at Murray Edwards College, Cambridge University. She is internationally renowned for her research and policy work in reproductive health (RH), HIV, and vaccines, and has been Principal Investigator on many HIV, sexually transmitted infections (STI) and RH studies. She has received many national and international awards for her contribution to African health and global health including being made an Officer of the British Empire by Queen Elizabeth II for her contribution to global health. In 2016, she was awarded one of South Africa’s highest honours, the Order of the Baobab, for her contribution to HIV research and to the health of women and children. She has chaired many national and international committees and is currently Chair of the South African Medicines Control Council and World Health Organisation (WHO) committees on immunisation, polio, the STI vaccine roadmap, and ebola vaccines. She serves on the Boards of the Global Alliance for Vaccines and Immunisation and of AVAC.