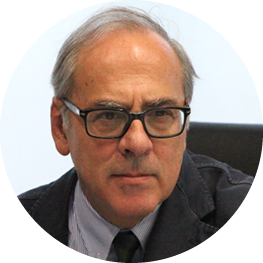 Stefano Vella is a medical doctor specialized in infectious diseases and internal medicine, and a researcher in pathogenesis and therapy of viral infections. He is the Head of the “Pharmacology” Department at The Italian National Health Institute (ISS) and his research group has published extensively on various aspects of HIV pathogenesis, treatment, and prevention in both the Northern and Southern hemispheres. He served as President of the International AIDS Society (IAS) from 2000 to 2002 and was instrumental in the organization of the conference in Durban (2000) which is considered to be a milestone event in the fight against health inequalities. Dr. Vella has been a member of the Technical Review Panel (TRP) of the Global Fund to Fight AIDS, Tuberculosis, and Malaria (GFATM) and is currently the Italian member of the European and Developing Countries Clinical Trials Partnership (EDCTP) General Assembly. Dr. Vella is Vice-President, with Francoise Barrè Sinoussi, of the Scientific Council, ANRS (Agence Naionale de Recherche sur le Sida), Paris, France, and also Special Scientific Advisor to the UNAIDS and Chair of the 2013 WHO HIV treatment guidelines panel. He was recently named President of the Italian Medicines Agency (AIFA).